What are Backend Web Frameworks? Which one you should go within 2021?

What are Backend Web Frameworks?

Why do we use Backend Web Frameworks?

According to Wikipedia, a web framework’s main objective is to automate the overhead correlated with software development activities. The core advantages of using a framework for development are:

On top of that, most of the web frameworks are Open-Source.

Which Backend Web Framework is right for your Web Development Project?

Backend web frameworks are vital to the successful function of any web development project, unless the webpage you require is a static one. The easiest way to have such a web page in our opinion is to create one on WordPress as it allows for basic content and user management. However, such backend web frameworks are not useful for creating custom web applications with sophisticated requirements our clients require from us.

Ruby on Rails also known as Rails, is a Ruby-based server-side backend web framework with an MIT License. Rails is a Model-View-Controller (MVC) web framework offering database default structures, web pages, and web services. Ruby on Rails promotes the use of web standards like XML or JSON for data transfers and CSS, JavaScript, and HTML for interfacing. Rails prioritizes the use of software engineering patterns such as convention over configuration (CoC), and don’t repeat yourself (DRY).

Advantages of Ruby on Rails

Ruby on Rails offers multiple ready-made modules and plugins, which let developers reduce the time needed for creating boilerplate code. It enables development teams to minimize application build times compared to cases in which they are using other web frameworks.

Ruby on Rails provides developers the ability to use standardized file storage systems and programming conventions. It helps to maintain the structural consistency and readability of a project while saving a significant amount of time.

Ruby on Rails is open-source and offered under the MIT license. It means that users do not have to pay anything to obtain the framework. With Gems, users can add features without developing them from the ground up. As a result, they can save a lot of time and effort. Gems are available for many purposes and can be downloaded from GitHub.

Ruby on Rails is a backend web framework that offers a great deal of scalability to users. It is more well-suited than many of its alternatives for websites that are focussed on servicing a high volume of customers. Scalability is one of the reasons for many users to opt for Ruby on Rails.

Features of Ruby on Rails

Ruby on Rails is MVC-based, one of the most widely used backend web application architectures globally. Developers who are already experienced in working with MVC patterns can quickly start using Ruby on Rails. This architecture separates codes by their functions i.e., data layer, presentation layer, and maintaining a resource layer.

Ruby on Rails relies on a library known as Active Record, enabling developers to perform database interaction query design effortlessly. Queries are written in Ruby programming language and converted into SQL queries that receive outputs and return objects. The Ruby on Rails active record library is quite capable, and the need for developing a query in SQL is reduced.

Configuration files are not utilized by Ruby on Rails as it provides dynamic runtime extensions, reflections, and conventions. It follows a “Convention over Configuration” approach for automatically assigning value without requiring user intervention. Multiple configuration files are utilized by software systems like Java web frameworks, with each having multiple settings. Convention raises productivity as users are not required to assign time for config file setup.

JavaScript is among the most widely-used programming languages, and most frontend developers rely on it. Developers can easily start utilizing the Node.js backend web framework as learning it does not require much effort or time.

Node.js lets developers use JavaScript for writing server-side applications. It enables Node.js developers to create both the backend and frontend web frameworks by utilizing a JavaScript runtime environment. Developers are not required to utilize any other server-side language. Web framework deployment becomes much more straightforward as most widely-used browsers support JavaScript.

Express.js is a Node.js backend web framework offering many of the more widely-used features of Node.js. These features can be utilized at different points in the program. Express JS developers can easily incorporate a few code lines instantly instead of writing high volumes of code. Web application development with Express is faster than developing with only Node.js.

Routing is a feature that lets web applications retain webpage states through URLs. URLs can be shared with others, and users can visit the URLs to reach the state-storage page. Node.js offers a fundamental routing mechanism, in comparison to Express.js, which provides a more sophisticated routing mechanism capable of handling dynamic URLs.

Bugs are quite common during development projects and can cause full-scale malfunctions to applications. Developers have to identify bug sources and correct bugs without any delay. Express.js offers a convenient debugging system to let developers easily identify the causes of application bugs.

Django is a leading open-source backend web framework based on the Python programming language. It follows the model-view-controller (MVC) pattern. Django is suitable for the development of sophisticated and feature-rich database-driven websites.

This backend web framework facilitates optimal pluggability, reduced coding, greater reusability, and faster development. It uses Python for all operations in Django and provides an optional admin interface to help create, read, update, and delete operations. Django is utilized by many renowned websites such as Disqus, Mozilla, and The Washington Times.

Django is easy to use, and a low learning curve backend web framework created for helping developers speed up the entire development process from start to finish.

Django provides a wide variety of features to help users take care of some common web development requirements. It helps in tasks such as user authentication, sitemaps, content administration, and much more.

Django is a secure backend web framework that helps its users prevent several security issues, including cross-site scripting, clickjacking, SQL injection, and request forgery. It provides a system for user authentication to enable users to store and manage passwords and accounts securely.

Django offers a high level of scalability to its users. That is why many of the world’s leading websites rely on it to meet their high operational demands easily.

Django is a backend web framework that can be used for the development of a wide array of application types. Some of these include social networking applications, content management systems, and computing platforms.

Django is an open-source framework used for Python-based web applications. It is simple, easy to use, and reliable.

Django features its own making system for all tools and features. Also, it also has an easy to use admin panel in comparison to Yii and Lavarel.

Some of Django’s key features include simple syntax, MVC core architecture, ORM (Object Relational Mapper), Middleware support, and HTTP libraries. Django also has its own web server, a framework for Python unit testing, and components required to solve some cases.

Laravel is an open-source PHP backend web framework for developing Symfony-based web applications that follow the model-view-controller (MVC) architecture. It offers a modular packaging system equipped with a dedicated dependency manager. Laravel also provides its users with multiple ways of accessing relational databases along with application maintenance and deployment utilities. Laravel has an MIT license and has a source code hosted on GitHub.

The Laravel backend web framework features lightweight built-in templates that can be utilized for generating layouts and seeding content. It also provides widgets with JS and CSS code. Laravel templates are designed for the development of both simple and complex sectioned layouts.

Lesser code also means lesser maintenance. ASP.NET Core can be automatically maintained in cases with a small amount of code. Experienced developers can easily get a grasp on reducing maintenance effort for an ASP.NET Core backend web framework. They can optimize ASP.NET Code with just a few statements.

Cross-platform and support for containers

ASP.NET Core lets developers create applications that can be deployed on Windows, macOS, and Linux platforms. The backend web framework is most suitable for the Linux platform.

ASP.NET Core provides developers the option of using patterns of asynchronous programming. Async is a common implementation across all .NET Framework classes and many external libraries. Many applications delegate significant amounts of time and CPU cycles for web service calls, database queries, and I/O operations.

As a professional opinion, we think learning Ruby on Rails is absolutely worth it as it’s one of developers and programmers’ favorite options to create websites and web applications thanks to the growing community and maturity of the ecosystem. Besides, this backend web framework is being used for decades and will stay in the market for a long time, so you can rely on it undoubtedly. Also, it has been predicted that the success of Ruby on Rails will continue in 2021, making learning it imperative.

previous
Ruby on Rails vs WordPress 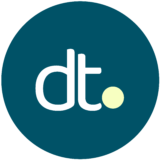 We bring the years, global experience, and stamina to guide our clients through advanced and often innovative IT solutions.